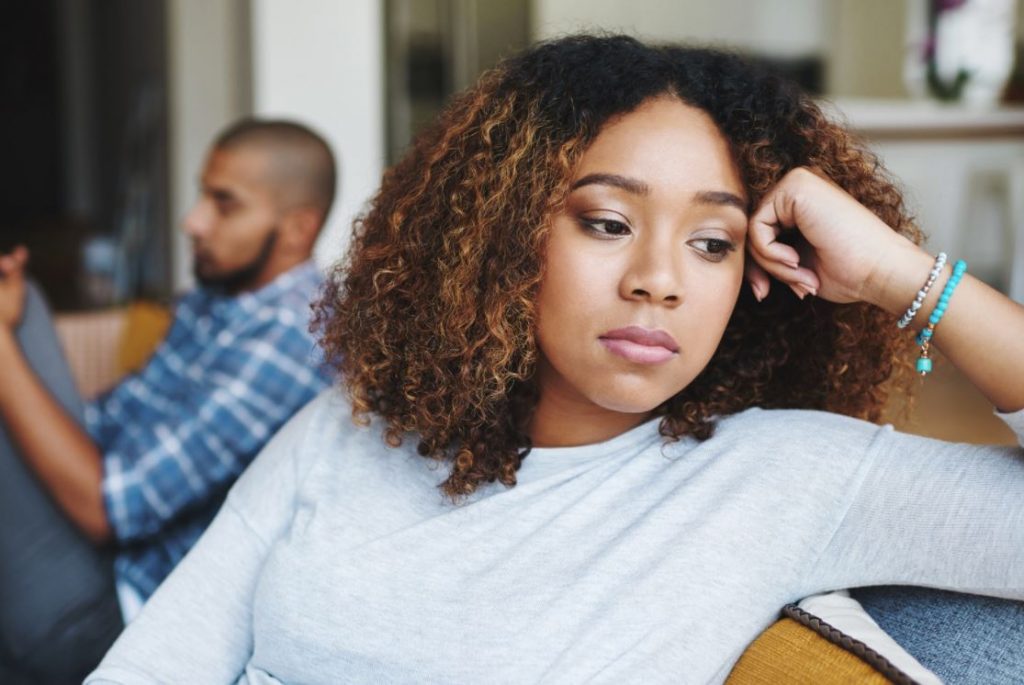 Is He Using You or Does He Really Like You?

Some people can tell right away if a guy likes them but what do you do when you feel that a guy is not being honest with you? What if you feel that he doesn’t really like you, but he is just using you to boost his ego?

There are some things you can look out for that can show you that he wants you to do more for him than he actually wants to get to know you.

If you are looking to find someone to be with long term, you need to look for these signs so that you can know if you are getting used and not waste your time.

How to Know if He is Using You?

Here are some signs he is just using you to boost his ego and he doesn’t really like you:

When you have a guy that is always sending you good morning and good night texts, you might feel like he is taking your heart away and love that he is thinking about you.

But if he doesn’t have much more to say to you than that then chances are that he is just using you. He probably texts many other girls good morning and good night so that he can feel popular amongst the women.

Do not let him be there leaving you hoping that he is going to change. Stop responding to him or you are going to have your time wasted.

Tells You About His Feelings on the Phone

Some men will want to talk to women, but they don’t want to have to commit to them. They can do this by finding a woman that is compassionate and caring. They will find single women that can give them emotional support.  This can leave a woman thinking that he likes her because he is sharing so much of his heart.

The truth is that he just wants to feel better, and he knows that you will actually listen to him. He is able to dump all of his problems on you without dating you.

Some men will build such a strong emotional bond with women and never take them on a date. Even though he is getting his needs met, you are getting played for a fool by a man that just wants to talk on the phone.

You can find a guy that will send you all kinds of fun texts but then out of nowhere you don’t hear from him again. Communicating can be fun and if you are happy to hear from him, that’s great, but if he never asks you out, you need to stop responding.

He is not serious when he messages you here or there. When a man is interested in being with you, he will want to learn more about you.

Don’t believe that you are getting serious with someone that just texts you here and there but demand more or move on.

Asks You Out Seldomly

When you want to go out and date someone and the first date seems perfect, you might hope for more. Maybe he texted you before the date but now its been a few weeks and you haven’t heard from him.

Then out of nowhere, he asks you out again and you think that he finally likes you but then he doesn’t message you again for weeks.

This is a guy that dates around. He likes to have fun, but he does this with the other women too. He needs someone to boost his ego.

This is a sign of someone that is emotionally immature, and he cannot date the same women over and over because he cares more about himself than others.

This kind of guy can come and go and give you an on and off feeling. This can leave you feeling unstable and not sure what he wants.

He will come to you because he loves to spend time with you, and you make him feel manly but then he will just disappear again because he cannot handle committing to anyone. He will do this to feel good about himself but when he thinks you want to be serious, he will pull away.

This kind of relationship is no good and you need to end it. If he isn’t in it for the long term and you want to be, let him go. Find someone who is wanting a relationship like you want.

Even though most relationships take time before you can trust someone enough to introduce them to your family or friends, if it has been a while and you haven’t met anyone in his life, this can be a big sign.

A guy that is serious about you will want to show you off to his people. If you are dating someone and they aren’t showing you off to their friends, then he isn’t taking the relationship seriously.

You can tell a guy is talking to other women sometimes by looking at their social media. If he is flirting with random girls on social media, then you are not the only one he is interested in.

When a guy likes you, he will show interest in your life. He will want to know about your childhood, where you grew up, your family and more.

If he isn’t showing interest in, you then this is a big sign that he is just trying to get your attention. He doesn’t care about you, and he just wants to date to have fun. Find someone else that wants to know all about you.

He Doesn’t Do What He Says

If you wonder if a guy is using, you then you can tell by the respect he shows you. If he tells you he is going to call and you sit at home waiting for him to, but he doesn’t, then chances are he is just using you for attention.

If you aren’t sure if he is in the relationship for long, he probably isn’t, and you might want to move on without him.

He Loves His Ex

Not all guys are still in love with their ex but if you have someone that has recently just broken up with his ex then chances are that he is finding a rebound love.

If you want to stop him from using you to boost his ego, let the relationship end on its own by asking him to take things slow or asking him to just be friends.

A guy that likes you will choose to be slow with you and you will not hear stories about him hooking up with other women while he is talking to you. If this happens, he isn’t into you.

Some guys will want to boost their ego and they will do this by flirting or by trying to get your attention. If you are looking for lasting love, set your foot down and don’t let him treat you this way.